A medical student who blindfolds his friends to keep his favorite offshore fishing spot secret has come up with a record-beating fish — a warsaw grouper weighing 359.1 pounds.

The giant hauled in by J.J. Tabor of Thibodaux is 12 ounces above the previous Louisiana state record, a state biologist confirmed.
It’s been cut down to fillets.

He caught it near an oil rig 70 mile s south of Fourchon, in 400 feet of water. He won’t give a more specific description.

‘It’s J.J.’s secret,’ said Joey Rodrigue, a friend from Baton Rouge who joined Tabor and Tabor’s father, John, on the record-making trip Saturday. ‘I don’t even know where I was. He blindfolds us on the way out.’

Tabor said he thought at first that his hook with a live hardtail on it had it the bottom ‘until I felt the big head shake.’

Rodrigue steered away from the rig.

‘I’ll make some phone calls and try to get rid of it fresh.
The rest, we’ll vacuum pack it and cook it later.’

Tabor says he believes the fish is about 33 years old.
He plans to send an inner-ear bone called the otolith to a university in Florida where researchers can help determine the age of the fish.

He hopes to get the results in about four weeks.
The world record, caught off Florida in 1985, is 436 pounds, 12 ounces. 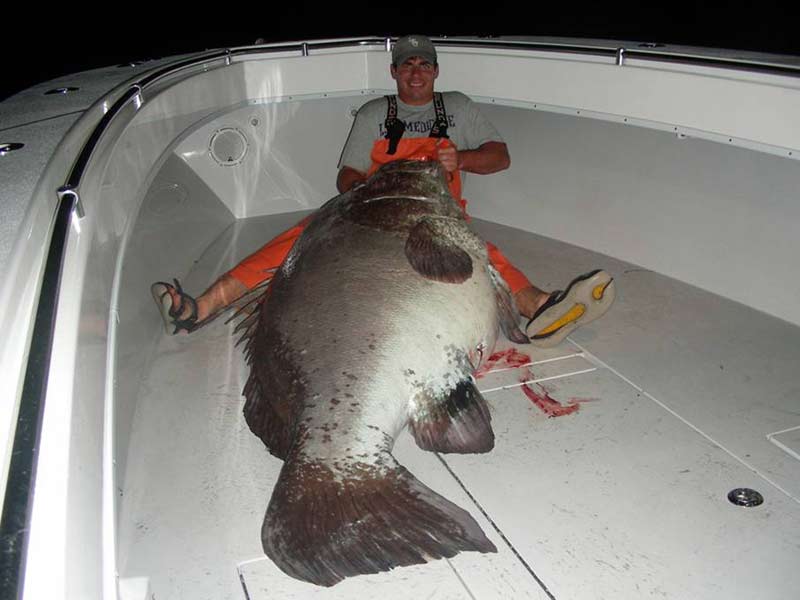 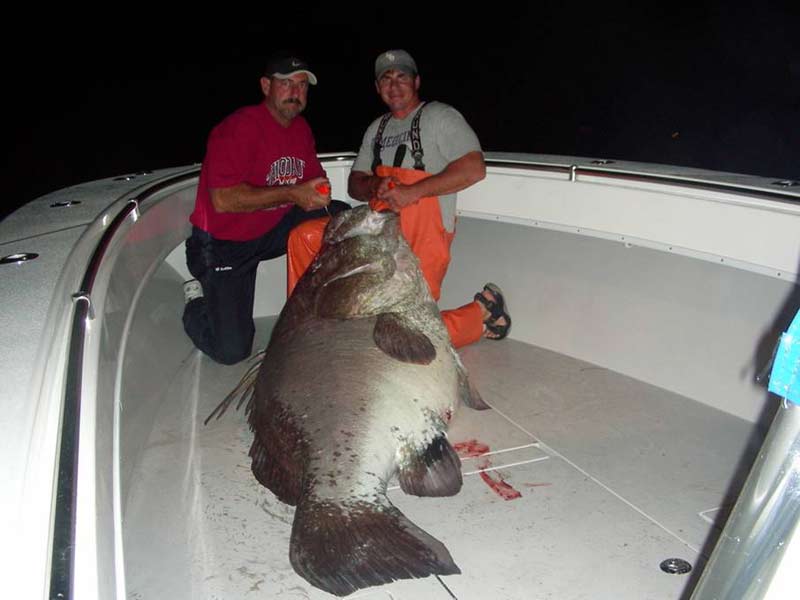 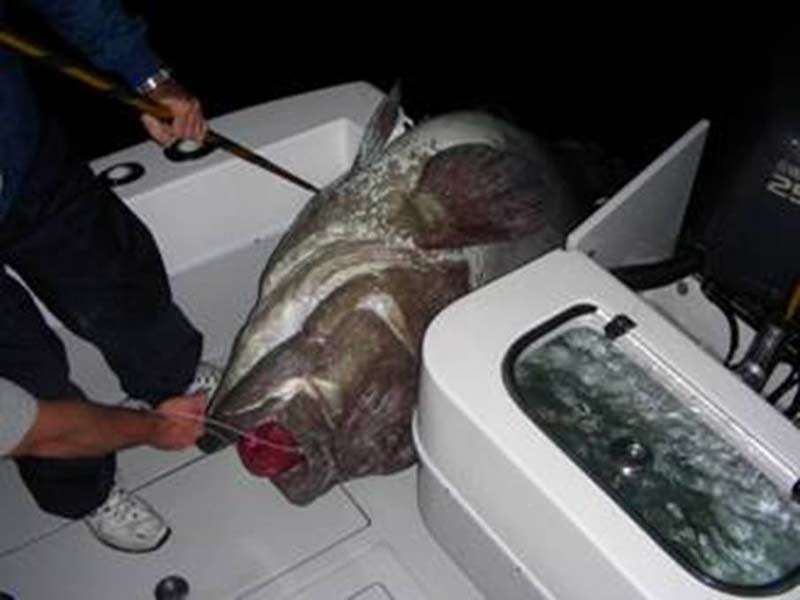 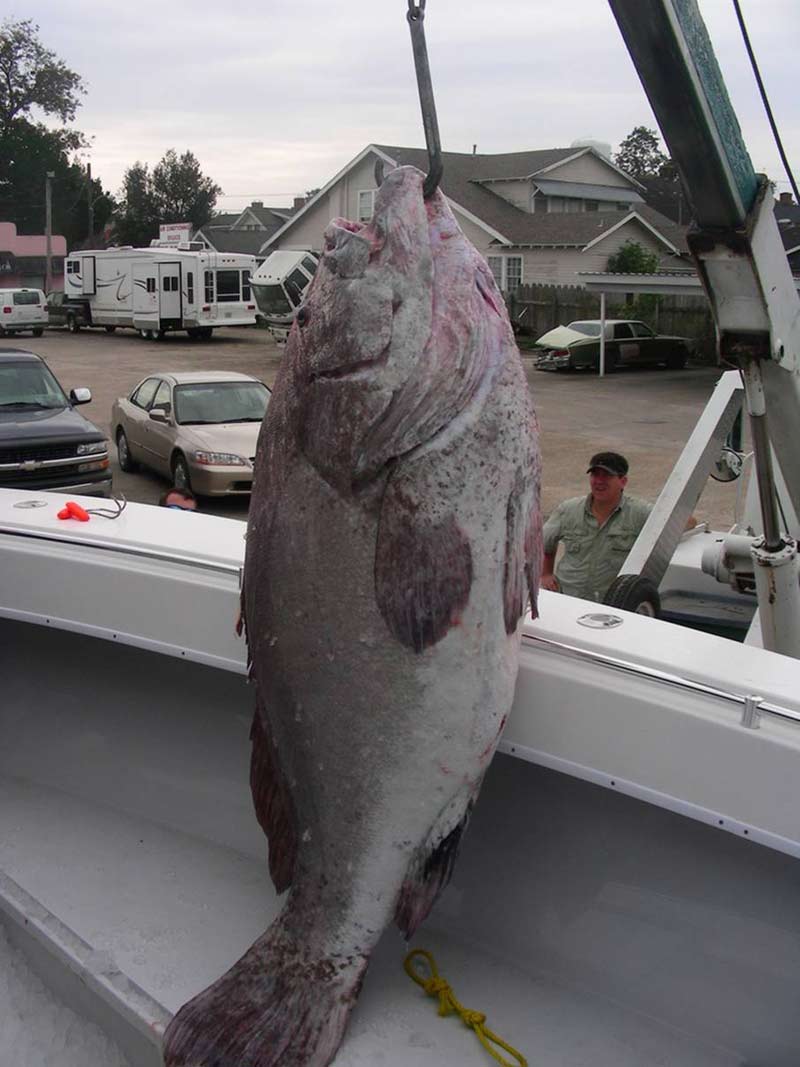 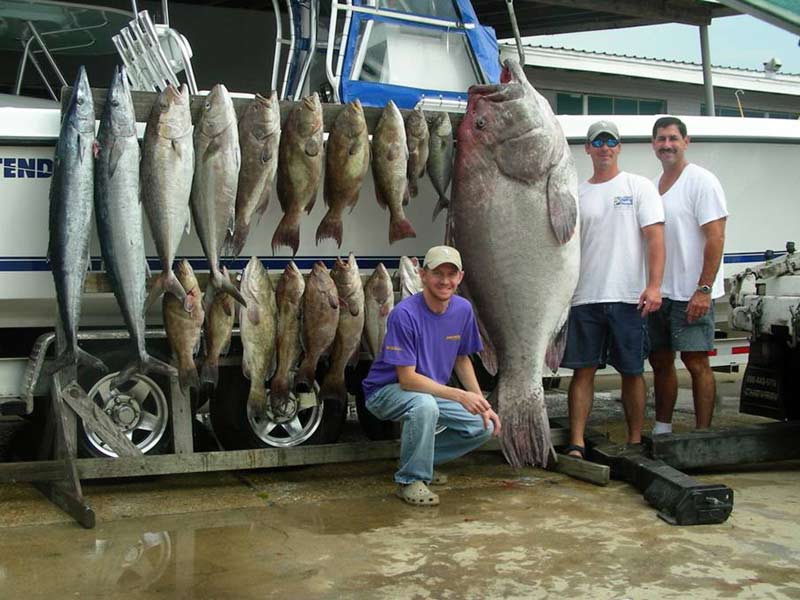