An Arrow In The Head

Not for the weak stomach
Portland, Ore. — Doctors at Portland’s University Hospital said Wednesday an Oregon man shot through the skull by a hunting arrow is lucky to be alive and will be released soon from the hospital. Tony Roberts, 25, lost his right eye last weekend during an initiation into a men’s rafting club, Mountain Men Anonymous, in Grants Pass, Ore. A friend tried to shoot a beer can off his head, but the arrow entered Roberts’ right eye. Doctors said had the arrow gone 1 millimeter to the left, a major blood vessel would have cut and Roberts would have died instantly. Neurosurgeon Dr. Johnny Delashaw at the University Hospital in Portland said the arrow went through 8 to 10 inches of brain, with the tip protruding at the rear of his skull, yet somehow managed to miss all major blood vessels. Delashaw also said had Robert tried to pull the arrow out on his own he surely would have killed himself. Roberts admitted afterwards he and his friends had been drinking that afternoon. Roberts said, “I feel so dumb about this.” No charges have been filed but the Josephine County district attorney’s office said the initiation stunt is under investigation.
United Press International, 1996
Special thanks to Nathan Ross of Fort Worth, TX for enlighting us on this story. 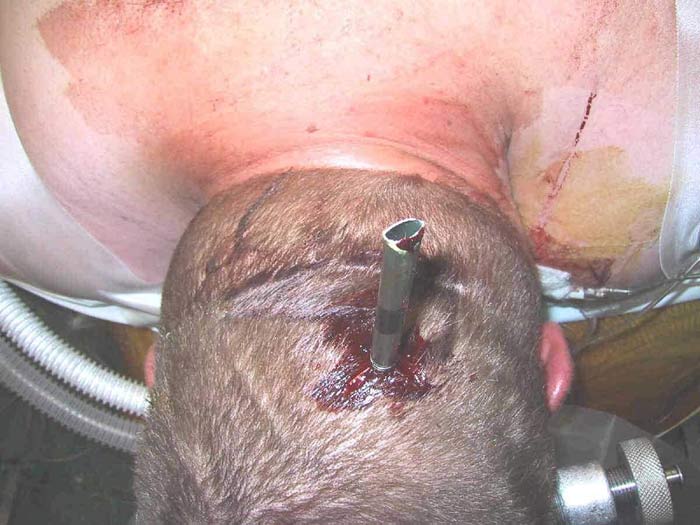